Google has showcased a new Gaming Device Google Stadia earlier in June this year, it is very different to traditional local gaming engines such as PS4, Xbox. Stadia runs on Cloud! We will briefly discuss what Cloud Gaming could bring to our gaming lives. 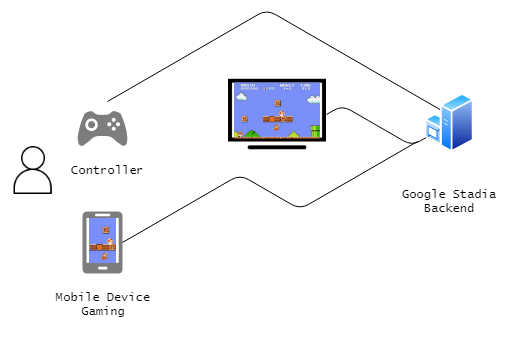 Cloud Gaming is where games are executed on the backend server and game's "Output" is sent as a video stream to your display device (be it TV or Mobile), just like Netflix. The game Controller (Google Stadia Controller / Mobile) communicates directly with the backend. This replaces the need to play games on Ultra-high settings with a powerful desktop console. Though a stable and fast internet connection is required..


Google has direct control of the Games running and the data generated there. This brings unique gaming experiences as listed below.

E-sports became a business due to its ability to attract millions of followers/viewers to watch iive-streams from professional gamers.

Live-streaming on Stadia is even easier now, since the gameplay is already broadcasting from the Stadia servers. The Pro-gamer does not need software/hardware to hosts its own game streams anymore.

A very special feature shown on the Stadia conference is where if you needed help in the Game - you can get assist from Stadia game AI to offer you Tips, or even show you simulations of how to pass a difficult section in the game..

Google has all the tools and data from gamers to train AI for games.

For those who do not know what "Save games" are, it is common game feature to let players to "Save" the state of their game and resume play later, typical for lengthy Adventure/RPG games.

You can save the game anytime and resume the play later. Moreover, a cool feature is the ability to Share Game States with your Stadia friends! so if you are having difficulty in a boss battle, you can send your Game State to a friend, get them to clear the boss and you can continue on from there. We may see new jobs such as "Live gaming tutors" using this feature.

Back in the old Famicon days 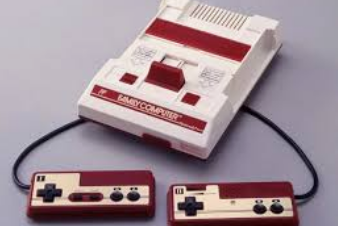 Saved games back then were represented by an encoded string of password on the screen where you write it down on paper. Next time you want to Continue the game you'll have to enter the password letter by letter!

P.S. Could never forgot this: I had a 100 letter-code copied down for a game, it was in Japanese characters too! but it just couldn't load correctly.. probably had a typo(writpo?) back then... kids are so happy nowdays 😖

Ancient way to deal with "Savegames"

We then have modern consoles Playstation / XBOX with hard disk imbuilt and saving games is simple as ever.

Here is a brief video of Google Stadia Conference:

Cloud Gaming concept is even more possible with the arrival of 5G. Even simple mobiles will have the luxury of playing 4K HD games on their mobile (assuming the screen resolution supports it!).

Also, more people will have access to Gaming as they do no need to spend a fortune buying hardware to play.

At Zoar our management team are investing in Game development - Quote from our team:

Even if stocks market crash, children still needs to Play and Learn.

Let us know if you want to do cross-overs with a game in your business. 😎.